Change is inevitable - be ready! 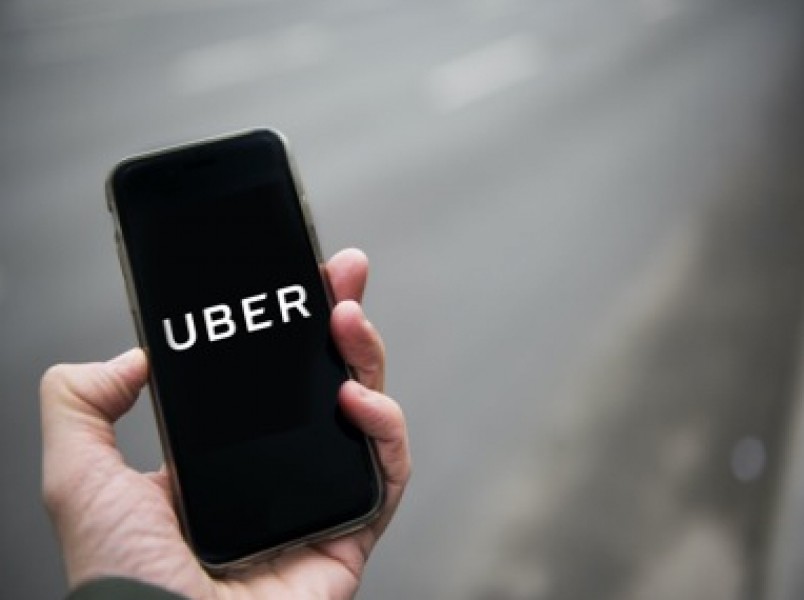 What’s in a name?

Between 2017-2019, and in what felt like another life, I worked at global tech giant, Uber. I joined just after the top-secret worldwide staff party in Las Vegas with Beyonce and JayZ, and just before the company was floated on the stock exchange in the turbulent times that followed. Every cloud has a silver lining.

As a now-iconic brand and household name, I found (and still find) unspoken leverage in telling people I worked at Uber. I’m not sure if the draw was due to the mystery surrounding their global operations, the seemingly endless juicy scandals or the humble social media bragging about the never-ending #workperks my employment offered. Either way, people were and continue to be intrigued by the window I offered into a seemingly faceless icon of the 21st century.

The development of Uber’s pride of place in the zeitgeist has been hard-won and hard-maintained in recent years, which is perhaps why it was so interesting that they chose to rebrand for the fifth time in 2018. The change in design came at a time in Uber’s history where they celebrated seemingly unobtainable milestones and simultaneously faced intense scrutiny, criticism, and backlash on the global stage. Most people interested in technology news will have felt plagued by the sight of the familiar monolithic black box containing a stark white ‘UBER’. The masculine typeface and bold colour palette (or lack thereof) was cool, elitist and aloof, reinforcing the mysterious tech company associations that made its staff feel like they were part of a secret club. I was enamoured with the fourth generation branding, proudly drinking out of branded coffee cups and wearing my branded hoodies, both in and out of the office. The logo gave me leverage and massaged my ego, even as a worker at the bottom of the ladder. Along with many others like me, I couldn’t possibly imagine a reason for breaking with such an iconic look.

Consequently, I was shocked when Uber tasked design agency Wolff Olins with the mammoth undertaking to rebrand the company with a new lower case and a softer looking brand identity.The new system was designed to humanise the brand and reflect a changing perspective from Silicon Valley mindset to a global mindset and from growth-focused to people-focused. Initially I struggled to get on board, as the fourth generation logo that made Uber feel like the corporate ‘bad boy’ was replaced by an intentionally simple and universally friendly design. 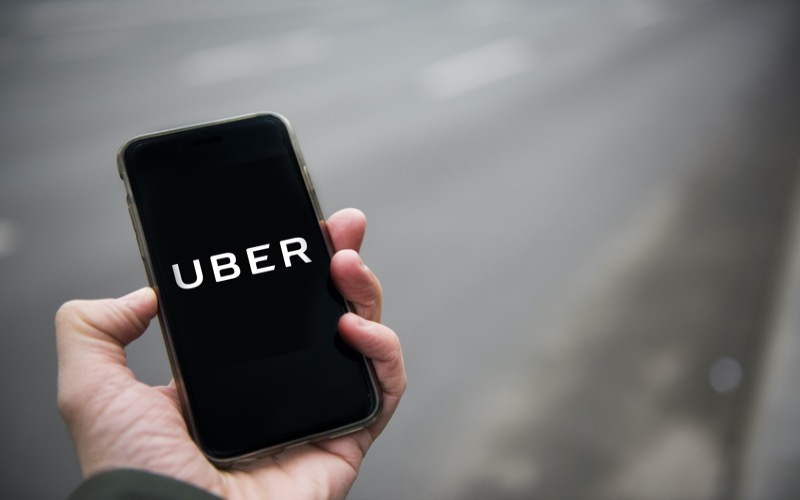 The change came as a result of user testing and research, although it wouldn’t take a genius to tell you that public faith in Uber’s security and processes was at an all-time low in 2018. Uber (and Wolff Olins) had recognised that the world was looking to them to prove themselves as worthy of our global trust, and change needed to happen to facilitate that. The business objectives in 2011 were to be the coolest kid on the block with elitist design and marketing reinforcing the exclusivity of Uber, leading to disrupter status and customer demand.This approach worked for Uber in 2011-2017 and coupled with new technology was the driver for huge success. In contrast, by 2018 Uber had become a worldwide everyday service with bigger fish to fry in the form of increasing scrutiny on legality and safety processes. Uber’s messaging and marketing needed to adapt and change to address issues, survive threats and buffer competition. They didn’t need to be cool, elitist or edgy anymore, instead they needed to make their users feel welcome and safe. The risk was that if the company did not change how it looked to reflect recent growth, the long term damage would be significant.

With all that context in mind, the softer typeface and lower case letters make a little more sense.

The new brand was launched in September 2018, complemented by a new mission statement and a renewed commitment to safety. In May 2019 Uber was floated on the stock exchange and valued at more than $82 billion, a 51% increase in value from the previous year. Naturally, it wouldn’t be Uber if those figures didn’t fluctuate like the swinging pendulum on a grandfather clock. Cynicism aside, Uber has come out on top again and the 2018 rebrand likely contributed a great deal to their success. 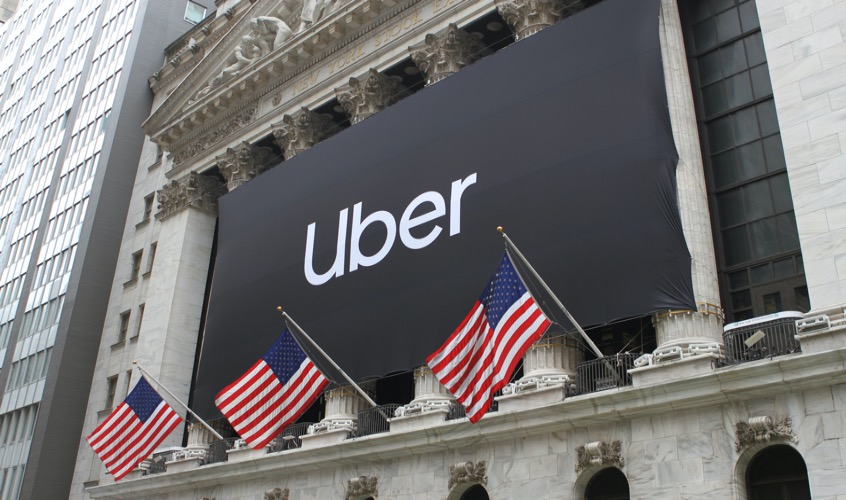 The question of “should I rebrand my company” is a heavy consideration in a business owner’s mind. Any CEO, director or manager will appreciate that a rebrand is usually a significant operation spanning several months and potentially best chartered during a period of relative stability when all attention can be fixed on the launch, rollout, and success. Contrary to this logic, Uber chose to ‘facelift’ during a period where they faced more daily publicity and brand engagement than ever before.

The key takeaway from Uber is that sometimes in order to grow, change is necessary.

Smart leaders will undergo a painful couple of months of change to secure a profitable future. In initial meetings for company rebrands our clients may mention the costs associated with new building signage, marketing materials, and stationery, without focusing on the bigger picture of the opportunities available to them. By the same logic, we wouldn’t put off buying a modern and exciting new sportscar to replace our trusty spluttering relic of a vehicle because we had just purchased a new cup holder. We would toss the cup holder over our shoulder, chalk it up to experience and drive off into the sunset in our new ride. Your old brand owes you nothing. It served you well for many years, but the time may come when you have outgrown it and it is becoming an obstacle to your future success. It is an uncomfortable truth that the Roman playwright Plautus so perfectly captured; “You must spend money to make money”. Change is inevitable, your role as a business owner is to be ahead of the wave where possible, or catch up with enthusiasm when you are falling behind.

Over the course of time businesses grow, objectives change, mission statements date and audiences mature. A business that wants to survive and thrive in 2020 needs to have its finger on the pulse of what its customers want and not be afraid to let go of past successes.

If you are considering a rebrand or would like to explore the messaging and positioning of your company we would love to hear from you.

You can get in touch with me directly at laurasmyth@whitenoisestudios.com or call me on 028 9073 0999. 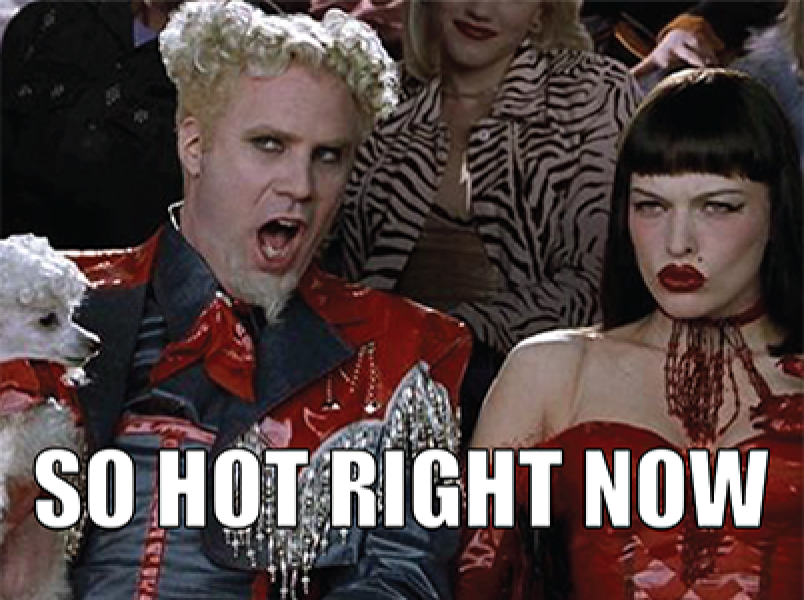 Authenticity, it's so hot right now!

Director Adam talks about the importance of keeping it real to keep hold of your audience... 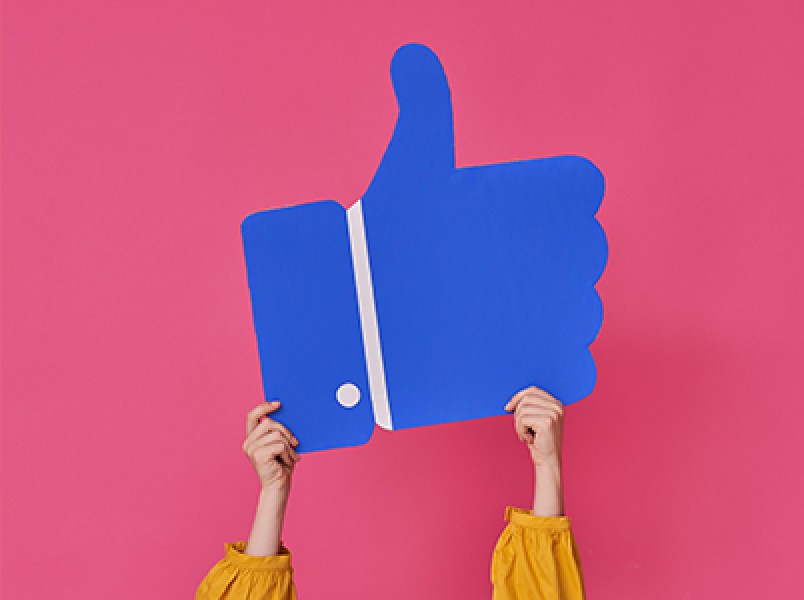 Our Producer Jordan explores how social media can become a critical friend. 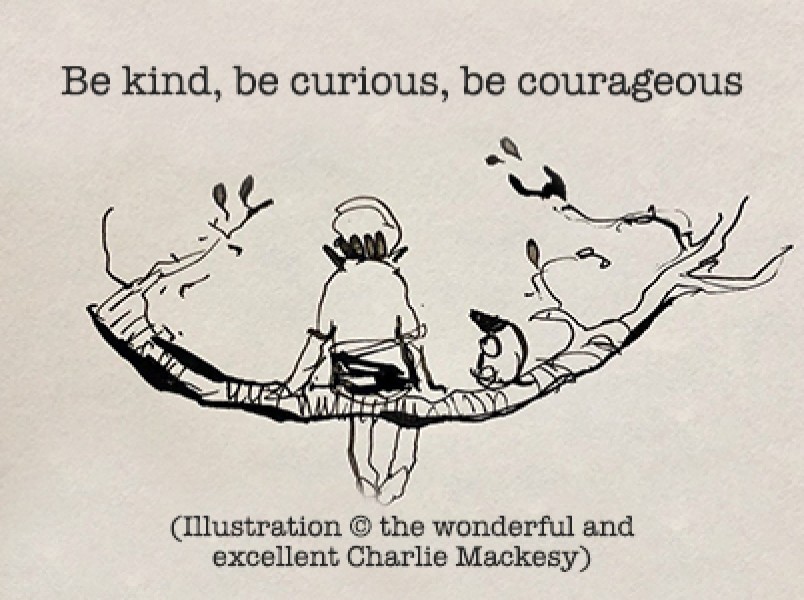 Be kind, be curious, be courageous...

Whitenoise director Mark Case was inspired recently to think differently about what collaboration is all about...